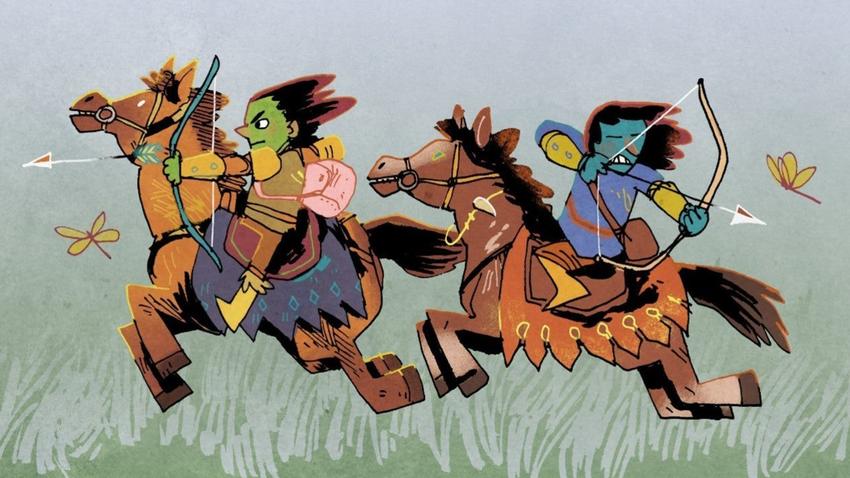 Summary: “Over three rounds of play, you will compete to be the greatest builder in Rome by purchasing empty Lots in strategic patterns and using them to construct your buildings. More complex buildings are hard to construct, but they bring their builder even greater glory.”

Summary: “Welcome to Alcatraz Prison, where you will play as The Warden or as one of five playable Gang Leaders, in this highly ruthless and strategic board game. Gang Leaders will plot, scheme, and stab their rivals in the back to be the first to break to freedom. Whilst simultaneously evading the wrath of a perverse Warden.”

Summary: “Grendha is a 2-4 player strategic war game equipped with 244+ detailed miniatures, cards, tokens, and dice. This is the quest of four heroes and their warriors to find the lost pages of Grendha.”

Summary: Masters of Wills is a 1 vs. 1 or 2 vs. 2 card game set in a distant future where various Factions “manipulate and influence the citizens of the Community in an effort to join their side and vanquish the opposition.” The new Bloodcrown expansion adds the aristocratic Bloodcrown faction along with new “Bloodchess” cards.

Project: Masters of the Night

Publisher:  Ares Games (The Battle of Five Armies, Quartermaster General, Sword & Sorcery, This War of Mine: The Board Game, War of the Ring, War of the Rind 2nd Edition)

Summary: Masters of the Night is a 1-5 player cooperative game where “you play as members of a vampire clan slowly regaining their former power. With the help of your minions, you will fight against the agents of the Inquisition, cast fear into the hearts of the people with your hunts, and shape dread sigils in different city districts, all in preparation for the grand Blood Moon ritual that will confirm your grasp on the city and its fate.”

Summary: “In Oath, one to six players guide the course of history in an ancient land. Players might take the role of agents bolstering the old order or scheme to bring the kingdom to ruin. The consequences of one game will ripple through those that follow, changing what resources and actions future players may have at their disposal and even altering the game’s core victory condition.”

Summary: “Orion’s Spur is a starship battle game where you take command of a species’ fleet and show off your tactical superiority on the battlefield by defeating your opponents in combat.”

Summary: “Pavlov’s Dogs is a pseudo-psychological card game of memory and conditioning. Players are dogs working together during a series of tests (rounds) given to them by Dogtors such as Sigmund Fetch, Collie Jung, Bark F. Skinner and more.”

Summary: “Potato Pirates: Enter the Spudnet is inspired by how the Internet works, the possible dangers online and how one can stay safe in the cyber space.  In the game, the spudnet is a web which connects shipping routes throughout the Carbobbean Seas, much like the world wide web which connects our world. You play as a Potato Pirate, competing with other factions to be the most reliable delivery service over on the spudnet.”

Summary: “Return to Dark Tower is a cooperative game for 1 to 4 heroes who undertake epic quests, fight fearsome foes, and test their mettle against the looming darkness of the titular tower. Each player controls a unique hero with their own starting inventory and special abilities. Along the way you gain helpful items, powerful virtues, and trusty companions to help you achieve your goal: Find a way into the Tower and defeat a powerful adversary.”

Summary: “Shiver Me Timbers is a strategic sandbox game with modular miniatures for 2 to 4 players.  Fight enemy ships, raid fortresses, complete missions for the king, hunt for lost treasures, rescue kidnapped relatives, and face off against legendary monsters.”