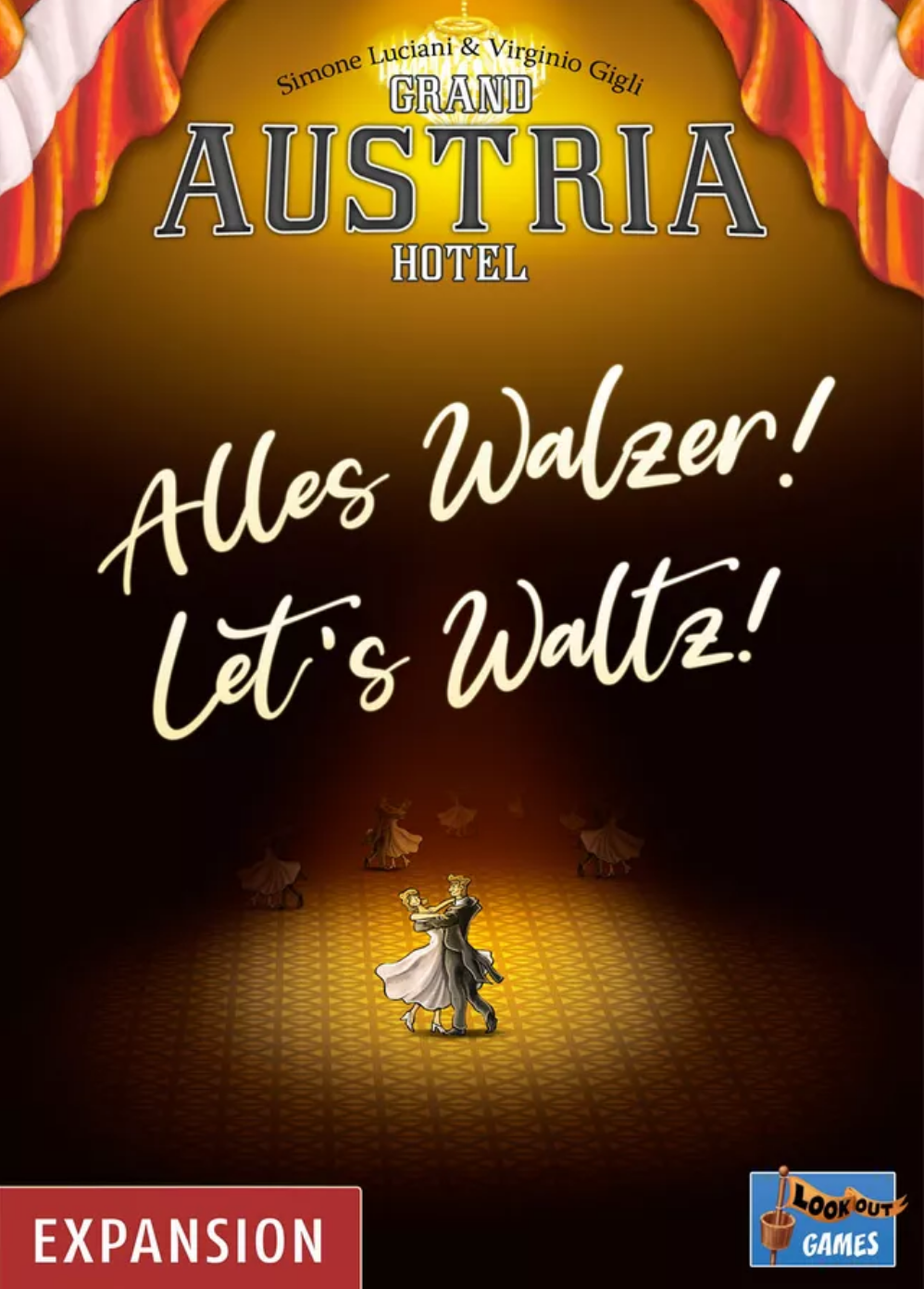 Funding Status: At the time of this posting, Grand Austria Hotel: Let’s Waltz! Expansion & Deluxe Upgrade is already fully-funded. Pledges currently total more than 10x the initial funding goal with less than 1 day to go on the campaign.

What It’s About: “In the thick of the Viennese modern age, exquisite cafés are competing for customers. Inspiring artists, important politicians, and tourists from all over the world are populating Vienna and in need of a hotel room. This is your opportunity to turn your little café into a world famous hotel. Hire staff, fulfill the wishes of your guests, and gain the emperor’s favor. Only then will your café become the Grand Austria Hotel. Let’s Waltz! is an expansion that adds five modules to Grand Austria Hotel.”

How It Works: “The game is played over 7 rounds. At the end of rounds 3, 5, and 7, there is an Emperor Scoring. After round 7, there is also the Final Scoring. The player who then has the most Victory Points wins.”

“At the start of each round, the start player (who has Turn Order tile “1”) takes and rolls all the dice, sorting them by the rolled number and placing them on the corresponding Action spaces. Then the start player takes a turn or passes (see “Passing”). On your turn, you take the following actions: 1) Take a guest from the game board. (optional); and 2) Take a die and carry out the corresponding action. (mandatory). You can also take additional actions.”

Die actions include acquiring resources like strudel, cake, wine, and coffee; Preparing a Room; Advancing on the Emperor or Money Tracks; and Playing a Staff Card. Additional Actions include paying 1 krone to add a pip to a rolled die number, paying 1 krone to move up to 3 dishes and drinks from the Kitchen to your orders, placing a wooden disc on a Politics card, and moving a guest with a completed order to a free room.

KS Exclusives
Both the Pre-Assembled Dice Tower and Printed Art Collage are exclusives. Among the stretch goals, exclusives include the Agatha Christie Celebrity Tile, 32 new Guest Cards, the Hotel Entrance Tile, and 5 Surprise Cards for Module #1.