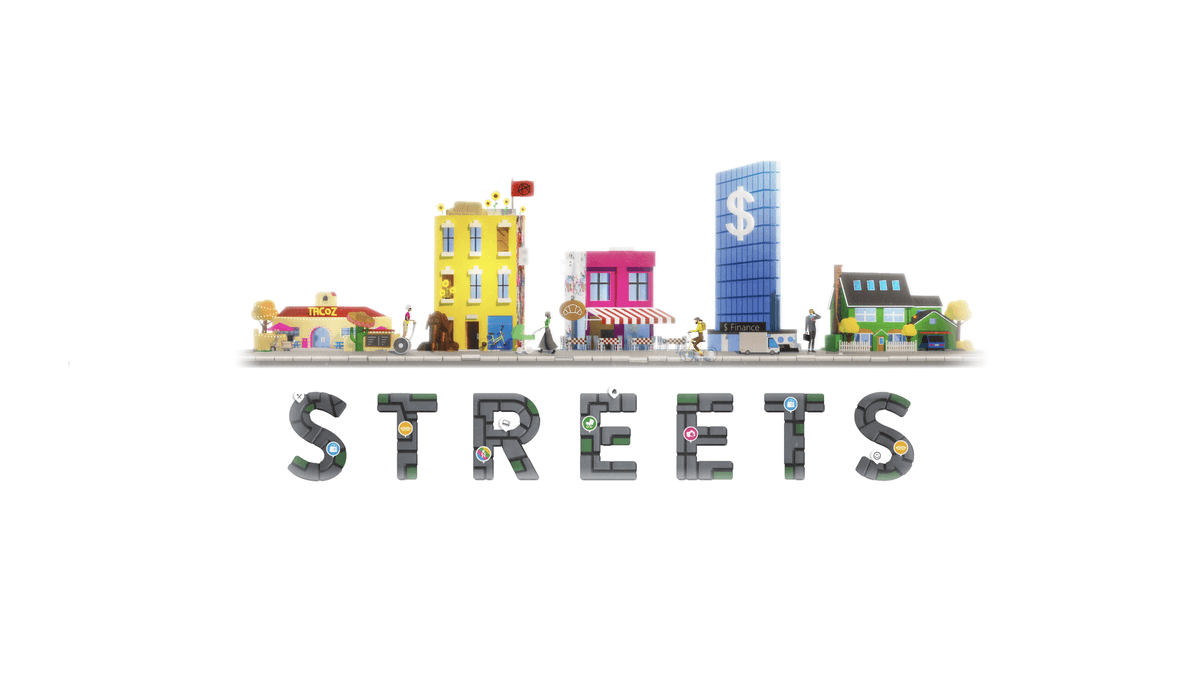 Funding Status: At the time of this posting, Streets is already fully-funded. Pledges currently total more than 10x the initial funding goal with less than a day to go on the campaign.

What It’s About: “An easy to learn tile laying game where you build new streets in a growing city. Through careful planning and placement, the aim is to make the most money from selling your buildings.”

How It Works: “In a game of Streets, players collectively build a city while competing to make the most monet from selling their Buildings. Profit is maximized by placing Buildings in locations that increase their value, and by attracting crowds of People from other Streets.”

“Beginning wit the First Player, players tkae turns building Buildings and earning Money by enclosing Streets. Play proceeds clockwise around the table, and the end of the game is triggered when the Stack of Buildings is empty. The Winner is the player with the most Money at the end of the game.” Each player’s turn includes 3 steps: 1) Build a Building, 2) Score Streets, and 3) Pick up a new Building.

If any Streets have become enclosed by the placing of the new Building, players will 2) Score Streets. “Players get Money for selling their Buildings on the now-enclosed Street, and the people on the Building attempt to move to other Streets that feature appropriate Symbols.”

Finally, the current player then draws a new Building from the stack and adds it to their hand. When the Stack is empty, play continues until all players’ hands are empty, and then End Game Scoring begins. All Buildings in the City with Ownership Signs are scored, counting the valuation combined with the number of people on the Building, halving that, and rounding up. Players receive Money for points scored. People are not moved to other Buildings during End Game Scoring. After End Game Scoring is completed, the player with the most total Money wins the game.

Streets completes its Kickstarter on Thursday, October 1st and tentatively ships in June 2021.