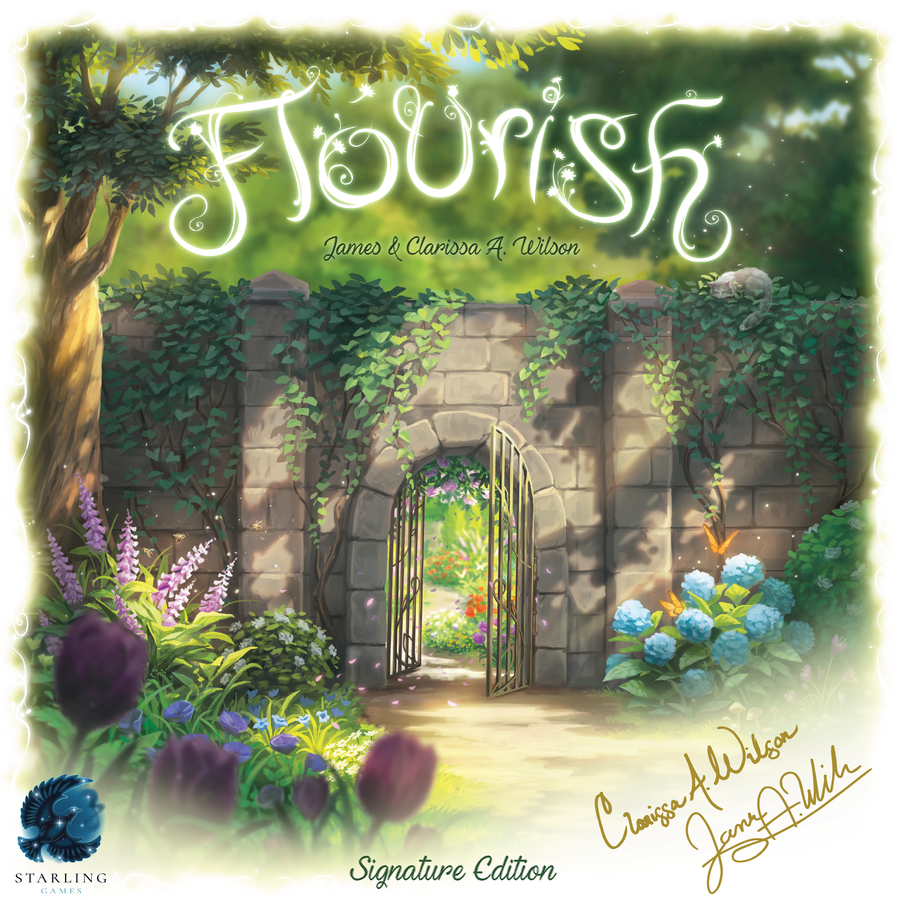 Funding Status: At the time of this posting Flourish is already fully-funded. Pledges currently total more than 9x the initial funding goal with 2 days left to go on the campaign.

What It’s About: “A card-drafting and garden-building game in which players plan and build the garden of their dreams over the course of the growing season.”

How It Works: “In Flourish, you will be creating a beautiful garden of vibrant flowers, majestic trees, alluring paths, and eye-catching features. You must carefully choose which cards to keep for yourself, and which to pass over the walls to your neighbors. Flourish may be played competitively or cooperatively, using the same rules.”

“The game is played over 4 rounds. During each round, you will play a total of 3 cards, the score any End of Round abilities played in the current round. At the end of the game, after the 4th round, you will score all cards in your garden with End of Game abilities.”

“Each turn of the game is played simultaneously by all players. Each turn you will begin with 6 cards in your hand. Choose 1 card to play and 2 cards to pass. Place the card you are going to play facedown in front of you. Pass 1 card facedown over the Wall to each of your neighbors, the players directly on your right and left. Once all players have played and passed, all players should reveal their played card. Then draw the 2 cards passed to you and 1 additional card from the top of the deck. Continue to play and pass until you have played 3 cards. This is the end of the round.”

KS Exclusives
The entire Signature Edition is a Kickstarter Exclusive, and will only be available directly through the publisher in the future. It is possible that future editions without some of the components, extras, and mini-expansions included in the Signature Edition may come to retail, although Starling has not announced any plans at this point in time.

All-In Total: In the continental U.S., you’re looking at $39 for the Flourish Signature Edition, state sales tax, and $10 in shipping for a total of $49+.

Flourish completes its Kickstarter on Thursday, October 1st and tentatively ships in March 2021.