Kickstart This! #156: Night of the Living Dead: A Zombicide Game 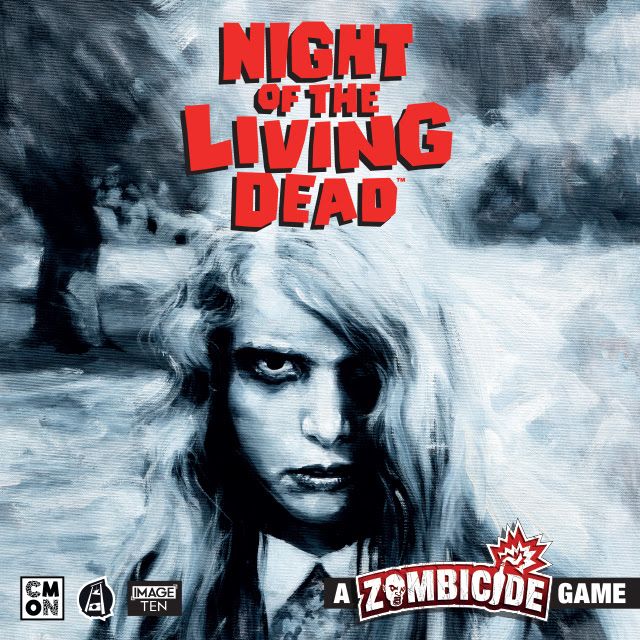 Funding Status: At the time of this posting, Night of the Living Dead: A Zombicide Game is already fully-funded. In fact, pledges currently total more than 16x the initial funding goal, with 5 days left to go on the campaign!

What It’s About: “A standalone game in the Zombicide franchise based on the George A. Romero movie of the same name.”

How It Works: “Night Of The Living Dead is a cooperative game in which 1 to 6 players take part as the movie’s Survivors against Ghouls controlled by the game itself.”

“Players choose a scenario, called a Scene, and complete its objective, killing as many Ghouls as possible along the way. The monsters come in greater number as the night goes by, and they use nasty tactics. Don’t rely too much on your protection, as barricades may fall at any time! Survivors use whatever weapons they can get to kill Ghouls and slow down the invasion. The better the weapon, the higher the body count, but more Ghouls would appear, attracted by the slaughter! Your best weapon, however, is cooperation. All players win or lose together, and only through teamwork will the Survivors become the best they can be, unlocking powerful Skills and access to the best weapons. Cooperation is the key to survival and victory!”

Games are played over a series of rounds until winning or losing conditions have been met, with each round comprised of a Players’ Phase and a Ghouls’ Phase. During the Players’ Phase, each Survivor can initially perform 3 Actions, and will do so in player order. These Actions include Moving; Searching; Opening and Closing Doors; Building, Opening, and Closing Barricades; Reorganizing/Trading; Taking or Activating an Objective; Car Actions; and Combat Actions. Characters can also gain Skills during gameplay which may give them additional Actions and abilities. Players can also choose to use either version of the Characters, less powerful and more realistic Night of the Living Dead versions, or more absurd, over-the-top Zombicide versions.

During the Ghouls’ Phase, all Ghouls on the board activate and spend 1 Action to either attack a Survivor standing in their Zone, or Move toward the Survivors. Some Ghouls called Breakers may even break Barricades at the start of the Ghouls’ Phase, opening the way to an invasion. Once all Ghouls have performed their Actions, new Ghouls appear in all active Spawn Zones. Ghouls become more powerful as the Danger level rises.

What Should I Pledge?:
$80 Dead of Night Pledge: the base game and the exclusive promos.

Add-Ons:
None. What? Yes, CMON is doing a streamlined campaign on this one. The Dead of Night Pledge gets you the game for $10 less than MSRP, along with several KS-exclusive promos. And that’s it. No grab-bag of expansions or several-hundred dollar price tag for an all-in on this one. You’ll get your standalone Zombicide game with a well-executed Night of the Living Dead theme, and you won’t have to break the bank to do it.

Night of the Living Dead: A Zombicide Game completes its Kickstarter on Wednesday, December 18th and tentatively ships in October 2020.