Kickstart This! #153: Dawn of Madness 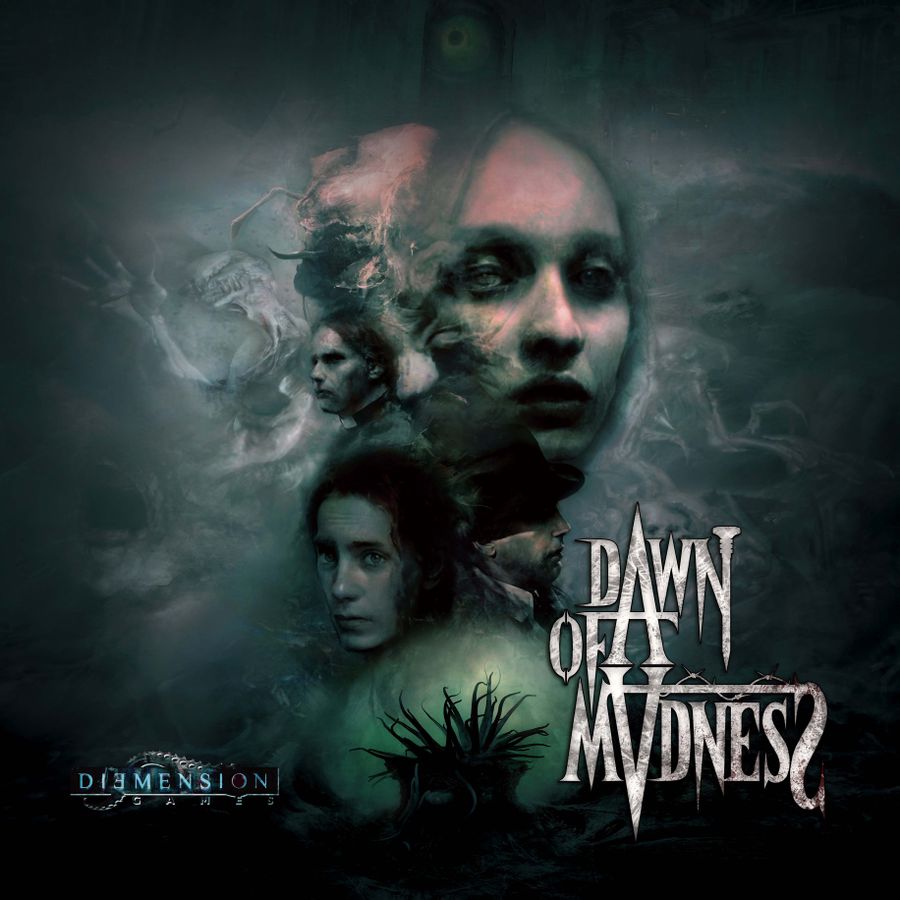 Funding Status: At the time of this posting, Dawn of Madness is already fully-funded. In fact, pledges currently total more than 12.5x the initial funding goal, with 7 days left to go on the campaign!

What It’s About: A story-driven cooperative game of survival horror from the creators of horror-themed dungeon crawler Deep Madness.

How It Works: “Dawn of Madness takes place over a variable-length campaign determined by the number of Wanderers (or playable characters) in play. Each campaign features one chapter per Wanderer, plus an ending chapter that pits players against one Wanderer’s final boss(es). The object of a campaign is to uncover the stories of each Wanderer during the chapters, gathering story points towards the various available endings, and then surviving the final climactic encounter with that ending’s final boss or bosses.

There are no campaign-ending conditions during the chapters, but the Wanderers’ performances in these game sessions do dramatically impact how well they will do in the finale. The gameplay experience and the finale settings are heavily based on the choices the Wanderers made during the chapters. Different decisions will lead to different endings for the campaign, some easier and some much more difficult. After the finale, the Wanderers will see the final conclusion for the conscious world they’ve created. If they achieve the goals of the finale, they can call it a win. But, sometimes, their destinies were written before the ending even began.”

Each chapter is played over 10 rounds, so depending on the number of players/Wanderers, a campaign will run 1-4 chapters or 10-40 rounds. Each round consists of a Refresh Phase, where Wanderers restore their Mental Capacity, draw Domain cards, Spawn Wanderers and Malformations, and the Game Round Tracker advances; the Event Phase, where the players read the entry from the Central Wanderer’s Storybook corresponding to the current Game Round Tracker position and resolve any game effects found in the entry; and the Action Phase, in which Wanderers take turns performing actions according to their current positions in the Mental Capacity Track.

Comparisons: Several other big sprawling narrative campaign games include The 7th Continent, Aeon Trespass: Odyssey, Etherfields, The Isofarian Guard, Tainted Grail: The Fall from Avalon, Sleeping Gods, and Trudvang Legends. The best comparisons are probably Diemension’s dungeon crawler Deep Madness because it shares much of the same production team, artists, and horror-theming, and overall universe; as well as Etherfields, which from the list of long, narrative campaign games above seems to lean the closest in theming, and also focuses on surreal, nightmare imagery (though Etherfields is more dream-inspired vs. pure horror). Also, because the individual campaigns depend partly on the number of characters involved, there are also comparisons to be made with Gloomhaven.

KS Exclusives:
It was originally intended for the standee version to be KS-Exclusive. But now, because of the growing size and scope of the game, Diemension has announced the entire English-language version will be KS-Exclusive. This is largely because Diemension views most of the game, including all of the many expansions it has been split into, to be part of the essential game experience. And it’s simply too much game for most retailers to commit to outside of a very staggered release with expansions releasing over many financial quarters. The all-in price of the game (listed below) not including the art book, Deep Madness crossover content, and shipping costs looks to be around $355. You can bet MSRP will inflate that to at least $500. That base cost is just far too high for a widely available retail presence.

All-In Total: There are several reveals yet to come, no doubt including both the miniatures version of The Written Rift and The Ticking Heart expansions. But with the currently-listed content, in the continental U.S. you’re looking at $313 for the Gameplay All-In Bundle; $35 for The Faces of the Sphere Expansion; $14 each for The Watchers Expansion, The Written Rift Expansion, and The Ticking Heart Expansion (these are estimated prices for the latter two); $30 for the art book; the two Deep Madness Crossover Packs you should be getting for free as a part of your Gameplay All-In; and an estimated $70 in shipping for a total of $490. If you don’t care about the art book or the Deep Madness crossover content, then your final pledge level should be closer to $405, depending on final shipping prices and not including any additional content added in the next week, apart from The Written Rift and The Ticking Heart and the final prices of both of those expansions.

Dawn of Madness completes its Kickstarter on Tuesday, December 17th and tentatively ships in October 2021.