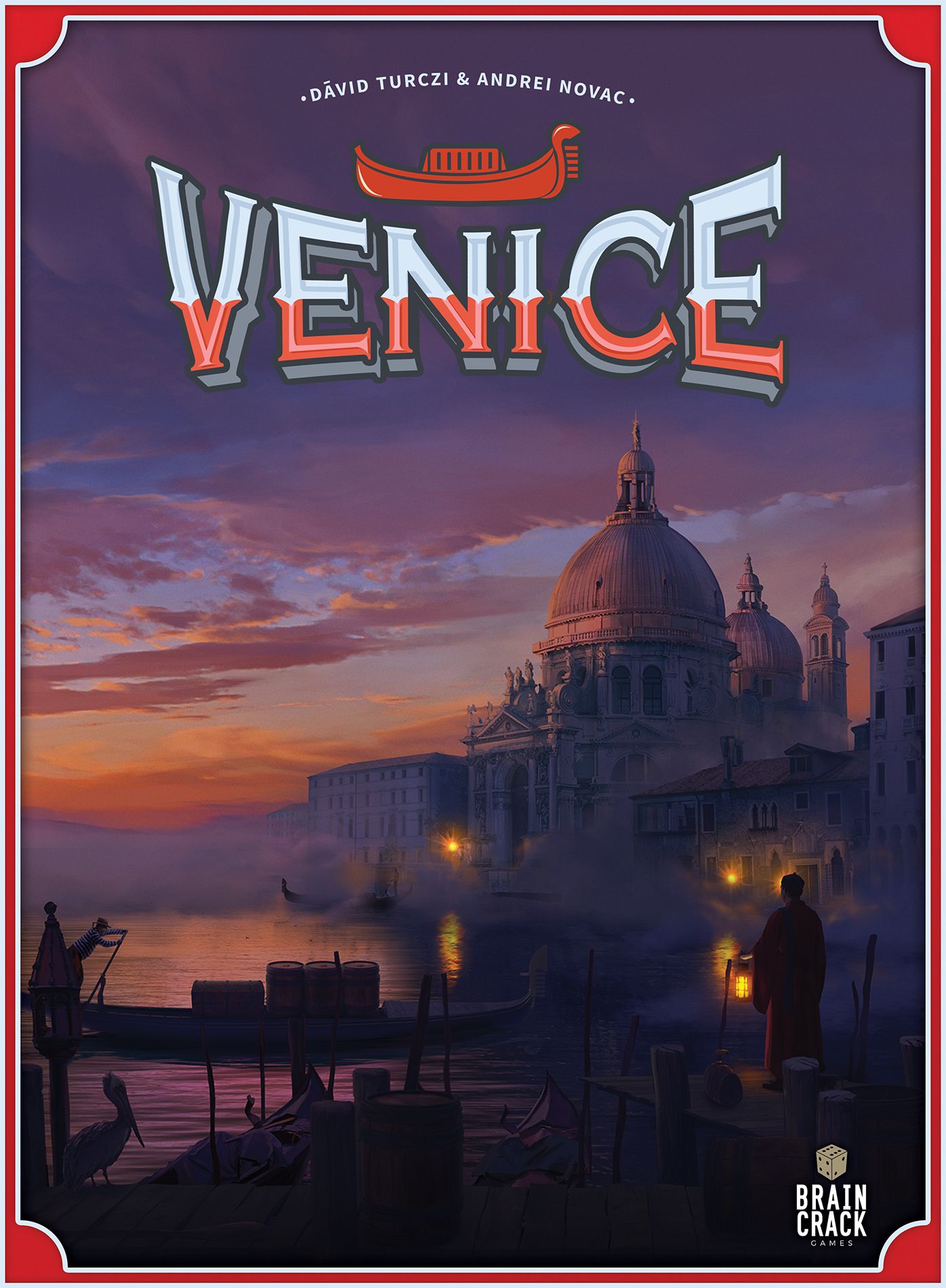 Funding Status: At the time of this posting, Venice is already fully-funded. In fact, pledges currently total more than 3x the initial funding goal with 4 days left to go on the campaign.

What It’s About: A medium weight Euro and the spiritual successor to Ragusa, Venice sees players taking on the roles of wealthy merchants to ride gondolas up and down the city’s canals, train their assistants, complete contracts, leverage influence to gain political power, flirt with crime, and avoid arousing the suspicion of the Venetian Inquisition.

How It Works: “In 16th century Venice, wealthy, influential merchants ride their gondolas up and down the city’s canals. They train assistants, complete contracts, and leverage their influence to gain political power. But business is anything but usual – as they broker contracts and flirt with crime, merchants must avoid arousing the suspicion of the Venetian Inquisition, lest they find themselves arrested and their businesses shut down for good.

In the game, players move their two gondolas around the board. When a gondola passes an assistant, they may activate its ability, but they may only train (and improve the abilities of) the assistant they end their movement on.

Assistants allow you to gain resources, trade, make money, and much more, depending on the buildings they’re assigned to. When resources are made, they’re placed in the gondola, to be used later to fulfill lucrative contracts.

But space is limited on the city’s canals, and each time you pass another merchant’s boat, gossip will spread – raising the suspicion of the Inquisition. Lower your suspicion with visits and donations to the church, or academic institutions or throw caution to the wind and engage in unsavoury activities for money or information. Being such a well-known merchant can be a boon to your political career – but at game end, the most suspicious player will be made an example of by the Inquisition – blocking their victory even if they have the most points.”

Venice is player over a series of turns until either a) the last Mission card is drawn (9-20 cards, depending on player count), or b) when a tracker on the Major Council reaches the same space as the end-game marker. At this point, players will finish the round (so that all players have taken an equal number of turns), and then play 2 more rounds worth of turns.

On their turn, players will do the following: 1) Play an Influence Card if they so choose, taking the card’s action; 2) Move their Gondolier to their other boat (each player has two), or play 3 coins to keep the Gondolier in its current boat; 3) Move the boat with the Gondolier along at least one canal to a new dock, Activating any Assistants in buildings the boat passes by and taking the associated actions, and Resolving Meetings with any passed Gondolas (when the active player passes their own boat, they can exchange goods between the two boats; when the active player passes an opponent’s boat, both players either lose 1 Scroll or gain 1 Intrigue); 4) Completing up to 1 Mission Card and claiming the associated rewards; and 5) Advancing an Assistant if possible, or Activating the Building where their boat has just docked.

Activating a building generally means collecting various resources, gaining Influence Cards, losing Intrigue, or gaining VP; although in some cases players may be drawing Mission Cards or advancing their marker on the Council Track.

At the end of the game, players will gain additional victory points for the following: score points based on the position on the Council Track (0-14 points, depending on position and player count); score points for Assistants played (0-14 points, depending on number of Assistants played and position on the Council Track); spend 2 scrolls and/or 4 coins for each level they reduce their Intrigue, then score 1 victory point for every 4 remaining coins; the player with the most Intrigue is “arrested” and eliminated from the game; and then the player with the highest number of points is declared the winner, with ties broken by the player further back in turn order.

Comparisons: The best comparison is probably Braincrack’s previous Kickstarter-produced game, Ragusa, also with art by Bartlomiej Roczniak. Both games occupy a space in the medium-light to medium complexity range with fairly easy-to-understand mechanics and simple teaches that nonetheless feature plenty of meaningful tactical and strategic choices. This seems to be the niche Braincrack is staking out– games with compelling gameplay that are still fairly easy to get to the table. Other games with similar themes and gameplay include Blue Lagoon and Tungaru.

What Should I Pledge?:
$52 Venice: a copy of Venice with all Kickstarter exclusives, stretch goals, and a metal coin 1st player token.
$98 Venice & Ragusa Bundle: includes rewards identical to those in the Venice pledge level above, plus a copy of Ragusa, with all of the Kickstarter exclusives and stretch goals that were a part of that game’s campaign, and an additional metal coin 1st player token.

Venice completes its Kickstarter on Sunday, December 15th and tentatively ships in June 2020.