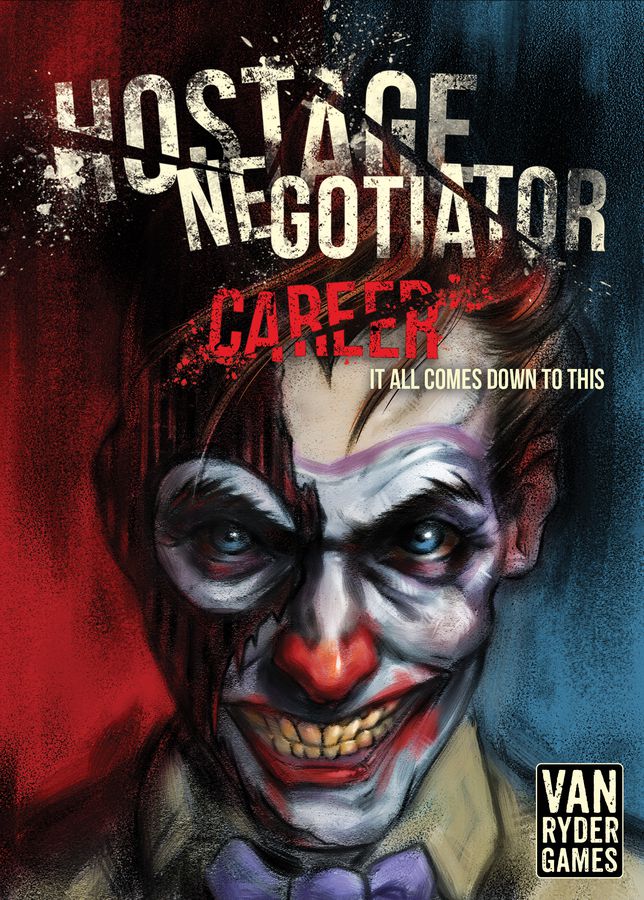 Funding Status: At the time of this posting, Hostage Negotiator: Career is already fully-funded.  In fact, pledges currently total more than 4.5x the initial funding goal.

What It’s About: Expansion for solo-play-only “hand builder” Hostage Negotiatior, where the player uses various card tactics in a battle of wits against an array of hostage takers.

The new Career expansion requires the base game, the Crime Wave expansion, and several Abductor packs to play. Career is a campaign over 10 years in the life of a Hostage Negotiator with each game representing one year.

Comparisons: While many game revolving primarily around card mechanics feature solo play as an option (The 7th Continent, Arkham Horror LCG, Wingspan, Aeon’s End, and most of the Legendary games), Friday is another hand management game designed exclusively for 1 player; and One Deck Dungeon is designed for 1-2 players but reportedly plays best with 1.

Hostage Negotiator completes its Kickstarter on Friday, May 17th and tentatively ships in March 2020.