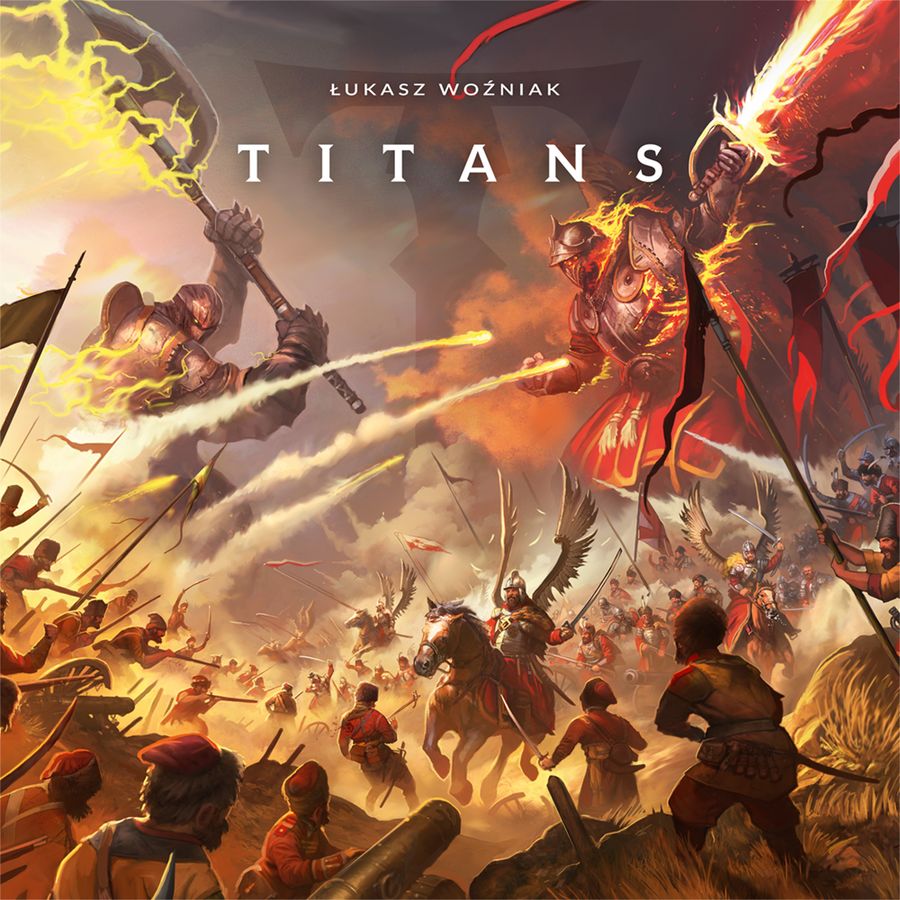 Publisher: Go On Board (Valhalla)

Funding Status: At the time of this posting, Titans is already fully-funded. In fact, pledges currently total more than 1.5x the initial funding goal with 2 days left to go on the campaign.

What It’s About: An area control miniatures board game set in 17th-century war-torn Europe.

How It Works:  A game of Titans is divided into 3 Rounds. The length of each Round is determined by the Order Deck; when the Order Deck runs out, the Round ends. At the end of each Round, players score VPs for their Regions, then prepare for the next Round. Players will also score points for winning Battles and completing Secret Objectives.

During each Round, players take Turns clockwise, with each Turn divided into 4 Phases, using 1 Order Card. The 4 Phases consist of: Order, Resolving Battles, Draw 1 Support Card, and Clean-Up. During the Order Phase, the active player chooses 1 Order Card from the Pool and executes the available Actions shown on the card in any order. These actions can include Movement, Unit Deployment, Purchasing a Nation Card, and Stronghold Construction. Once the active player has completed their Actions, including any Movement, up to 2 Battles are resolved. Battles are fought beginning with the Strength Value from a player’s Dice Pool along with any Nation Starting Ability bonuses. The players use Support Cards, Nation Cards, their Titan Special Ability (once per Battle) and their Nation Starting Ability (once per Battle) for various effects. The Attacker wins the battle if they’re able to exceed the Defender’s Battle Strength; otherwise the Defender wins. Once Battles have been resolved, the active player draws 1 Support Card from the 4 available or from the top of the deck. Then Clean-Up is performed, with the active player discarding down to their Support Card Hand Limit, standing up any defeated Titans on their player board that were lying down, or if they are already standing, deploys the Titan onto any controlled Region. Players can always complete 1 Secret Objective on their turn as a free action.

Comparisons:   Titans is essentially a skirmish game with area control and miniatures. A few good comparisons are Kemet, Mechs vs. Minions, Rising Sun, and Tsukuyumi: Full Moon Down.

KS Exclusives:
The Titans Power and Spirit of War Expansions and the King’s Emissaries mini-expansion.

Titans completes its Kickstarter on Thursday, November 28th and tentatively ships in October 2020.